John Seago has worked at Texas Right to Life for ten years, and he serves as the Legislative Director for Texas Right to Life.  He leads the research, writing, and lobbying for state Pro-Life policies in the Texas State Legislature. He graduated with a double major in Philosophy and Biblical Studies from Southeastern College at Wake Forest, North Carolina.  He studied philosophy at the University of Dallas for several years and received his Master’s in Bioethics from Trinity International University in Chicago. John now lives in Austin with his wife, Brandy, and two children. Bobby was born and raised just outside of Philadelphia, Pennsylvania with his sisters, Terri and Suzanne. After his graduation from LaSalle University with a bachelor of Science degree in marketing, Bobby went on to obtain a degree in meteorology from Florida State University.

Bobby’s life took a dramatic and unexpected turn in February of 1990 when his older sister, Terri, suddenly collapsed and was left with a profound cognitive disability. When Terri’s estranged husband sought court permission to starve and dehydrate her to death, Bobby was suddenly propelled into a life he had never imagined. He spoke in defense of his sister’s life on numerous national television and radio programs including Hannity & Colmes, Larry King Live, the Oprah Winfrey Show, The Glenn Beck Show, Good Morning America, The Early Show, The Today Show, Dateline NBC, the 700 Club, EWTN and many others.

Following Terri’s tragic death on March 31, 2005, Bobby gave up his teaching job at Tampa Catholic High School and became a full-time pro-life and disability rights advocate. Today, Bobby through the Terri Schiavo Life Hope Network assists families in need of legal action to prevent their loved ones from health care rationing and food and water removal.

Terri’s Life & Hope Network has provided resources and support to over 1000 families and has been involved in hundreds of cases helping to protect persons who were in or potentially facing life-threatening situations.

Stephanie Gray is a seasoned and international speaker who began presenting at the age of 18. She has given over 800 pro-life presentations across North America as well as in Scotland, England, Ireland, Austria, Latvia, Guatemala, and Costa Rica.  She has spoken at many post-secondary institutions such as Yale University, George Washington University, and the University of California, Berkeley.  In 2017, Stephanie was a presenter for the series “Talks at Google,” speaking on abortion at Google headquarters in Mountain View, California.

Stephanie is author of Love Unleashes Life: Abortion & the Art of Communicating Truth as well as A Physician’s Guide to Discussing Abortion.  She holds a Bachelor of Arts in Political Science from UBC in Vancouver, and a Certification, with Distinction, in Health Care Ethics, from the NCBC in Philadelphia.  She resides in Vancouver, Canada.

On January 5th, 1980, Chet McDoniel was born into this life with no arms and shortened legs. Though dealt a vicious blow in the delivery room, Chet’s parents decided to raise him as they would any other child. They instilled a positive attitude in Chet that carries with him through to this day.

Throughout Chet’s life, he has faced many struggles. Chet remains positive throughout these obstacles, and believes that he has the secret to enjoying life to its fullest. Chet delivers keynote speeches on choosing to be happy, the incredible value of life, and how to overcome insurmountable odds.

Kassi Marks is a wife, homeschooling mother of three, practicing attorney, and once-in-a-while blogger at Kassiblog.blogspot.com. Having been active in the Pro-Life movement since 1999 focusing primarily on abortion, Kassi became aware of the Texas Advance Directives Act in 2006. But it was not until 2013 that Divine Providence showed her a small way to get involved by testifying and writing against the now-infamous faux reform bill SB 303. In 2015 she attended her first ethics committee hearing and experienced the utilization of TADA firsthand. The lack of due process combined with euthanasia-minded doctors determining whether a patient lives or dies, against the patient’s family’s wishes, and the deplorable treatment of that family by the committee members, was a personal rallying cry. Since then, she has attended other ethics committee hearings, has testified on other bills affecting TADA, blogged, and helped write the appeal challenging the constitutionality of TADA now pending in one of Texas’ appellate courts.

Veronica Arnold Smither was raised in a Pro-Life family. Throughout her life, Veronica regularly participated in and organized Pro-Life events. In 2009, while pursuing a Bachelor in Biology and Spanish at Texas A&M University, she was accepted into Texas Right to Life’s Dr. Joseph Graham Fellowship for College Pro-Life Leaders. She and another Fellow formed Pro-Life Aggies and established the Pregnant and Parenting Student Scholarship at Texas A&M University to assist students who choose Life while continuing their college careers. After graduating in 2012, she attended the National Right to Life Academy before joining Texas Right to Life’s staff. Veronica was a full-time lobbyist at the 83rd Texas Legislative Session, during which Wendy Davis filibustered for 11 hours against Pro-Life legislation. Veronica now serves as the Director of Education for Texas Right to Life, which includes managing the Dr. Joseph Graham Fellowship, Team LIFE Camp, Boots on the Ground, and other Pro-Life community efforts and youth leadership programs.

Rachel Bush was born and raised in the Dallas-Fort Worth area and was involved in Pro-Life activities from a young age due to the influence of her mother and older sister. As she grew up, Rachel learned members of her family had chosen abortion, adoption, and parenting in the wake of unplanned  pregnancies. Rachel observed that the life-giving options gave hope while the abortion experience only provided pain. With this secondhand knowledge and a desire to protect others from harmful choices like abortion, Rachel chose to devote her life to bringing about an increased respect for human Life. While studying journalism at the University of Texas, Rachel was accepted into Texas Right to Life’s Dr. Joseph Graham Fellowship for College Pro-Life Leaders and helped establish the campus Pro-Life club, Texas Students for Life. Following graduation in 2014, Rachel relocated to Houston to work for Texas Right to Life. Rachel now mentors students in the Dr. Joseph Graham Fellowship while they work to teach their peers and their community the importance of protecting innocent human Life from conception to natural death.

Sandra is no stranger to Texas Right to Life, having worked in the Membership Services department in 2015 before leaving to focus on her undergraduate degree in psychology and minor in sociology at the University of Houston – Clear Lake. Sandra began her position with the Education department in 2018 focusing on building a network of high school Pro-Life groups in Texas, similar to the success of the college Pro-Life groups in the state. Additionally, Sandra brings the heartbreaking, yet galvanizing, testimony of her son Clifton who died as a result of the draconian Texas Advance Directives Act at a Texas hospital following treatment for a severe head injury. Clifton’s memory drives Sandra to continue Texas Right to Life’s saving work, specifically through educating Texas students and community members on the ways we can protect innocent human life across the state.

Ebele was born in Kano, Nigeria and obtained her Bachelor’s degree in Foreign Languages and Literatures from the University of Nigeria, She came to New York from Nigeria in March 2008 with her young family, her husband and then 10 month old son. She moved to Texas a year later to start her teaching career. She is currently a Teacher Advancement Program (TAP) Master Teacher in the Grand Prairie school district. Prior to moving to the United States, Ebele worked as a Management Consultant/Trainer Nsukka. She is a PRINCE 2 Project Management Foundation expert and a Thomas International System Certified User. She has a Master’s degree in Educational Leadership and Policy Studies from the University of Texas in Arlington. She is currently enrolled in a nine-month Executive Education Academy at Rice University. Ebele is very passionate about education and is especially dedicated to ensuring that the African girl child is given an opportunity and access to STEM Education. This led her to the not-for-profit organization Working to Advance African Women in STEM (WAAW) Foundation, of which she is the Vice President and Board Secretary. 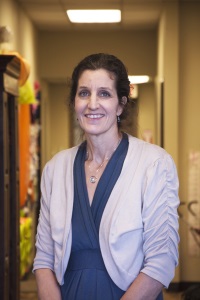 Dr. Sheila Page is board certified in Neuromusculoskeletal Medicine and Osteopathic Manipulative Therapy, and treats a wide spectrum of patients from the newborn to the elderly, including patients with irreversible and terminal illness. Dr. Page has a special interest in children with disabilities.
Dr. Page’s interest include policy related to independent physician practices, access to care, charitable care, and sanctity of life issues. She currently serves as President of the Texas Chapter of the Association of American Physicians and Surgeons. Dr. Page is an associate scholar with the Charlotte Lozier Institute and serves as Secretary on the Board of Directors of Lutherans for Life and on the Advisory Council of Grace House Ministries. She is President of District II of the Texas Osteopathic Medical Association. She is a delegate for the American Osteopathic Association HOD and served on the Professional Affairs Reference Committee in 2018. She is the founding Chair of the Fort Worth Osteopathic Study Group.
Dr. Page received her Doctorate of Osteopathic Medicine from the University of North Texas Health Science Center, College of Osteopathic Medicine, in 1992, during which she completed an additional year of training as an Undergraduate Teaching Fellow, specializing in Osteopathic Manipulative Therapy. Her most recent publication is The Neuroanatomy and Physiology of Pain Perception in the Developing Human, Issues in Law and Medicine, Fall, 2016. Sheila has been married for 30 years to Ray Page, D.O., Ph.D., an oncologist.